The Origins of the Ebola Crisis 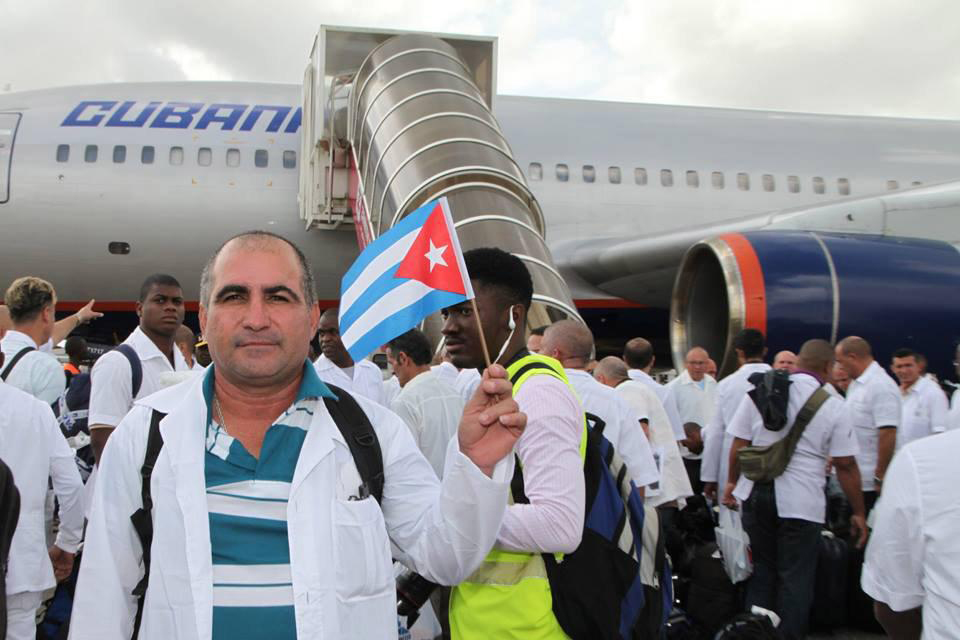 by TARIQ ALI and ALLYSON POLLOCK
Tariq Ali:Today we are going to discuss medicine and what is going on in Africa but not just there, in other parts of the world too, and how privatised medicine is now dominating the field except in a few oasis there are still left Cuba, Venezuela, etc. With me is Professor Allyson Pollock, one of the best known public health scientists and experts in her field anywhere. Ebola. What are its origins and how did it spread so quickly in these three African countries and is now causing panic elsewhere?

Files documenting plans for airstrikes and the sending of Marines are being posted online and published in a new book, “Back Channel to Cuba.”

Newly released files reveal that in 1976, Henry Kissinger, then U.S Secretary of State, planned to launch airstrikes against Havana, strike ports and military installations in Cuba and send Marine battalions to the U.S. Naval Base at Cuba’s Guantanamo Bay.

The information, revealed by the New York Times, is contained in documents from the National Security Archives being posted online and published in “Back Channel to Cuba,” a new book written by William M. LeoGrande, a professor of government at American University, and Peter Kornbluh, the director of the Archive’s Cuba Documentation Project.

Kornbluh explains that Kissinger, Secretary of State from 1973 to 1977, had considered improving relations with Cuba, but he was infuriated by Fidel Castro’s decision to send troops to Angola in 1975 to help the newly independent country defend itself against attacks from South Africa and right wing guerrilla forces.

According to one transcript, Kissinger stated to President Gerald Ford in a 1976 meeting in the Oval Office, “I think sooner or later we are going to have to crack the Cubans.”

“You can see in the conversation with Gerald Ford that he is extremely apoplectic,” Kornbluh said, adding that Kissinger used “language about doing harm to Cuba that is pretty quintessentially aggressive.”

The documents indicate that Kissinger wanted to propose an attack on Cuba after the 1976 presidential election, but Jimmy Carter won thereby foiling his plans, Mr. LeoGrande is reported to have said.

He added that Kissinger was so furious about Fidel Castro upsetting his plans for Africa that he was ready to “clobber the pipsqueak.”

Kissinger was prepared to use scores of aircraft against Cuban ports and warned that the United States could risk losing its base at Guantànamo.

His plans also called for a military blockade of Cuba even though, he warned, that such measures would probably lead to a conflict with the Soviet Union, a top ally of Cuba at the time.

“If we decide to use military power, it must succeed,” Mr. Kissinger said in one meeting. “There should be no halfway measures — we would get no award for using military power in moderation. If we decide on a blockade, it must be ruthless and rapid and efficient.”

How I teach – One song, so many lessons

Take one song, three verses, 12 lines (not counting repetitions and chorus). Not only are you teaching Spanish vocabulary, grammar, syntax and pronunciation but you are also exploring history and geography, literary genre and the poetic function, social and political awareness, citizenship and morality, creative writing and translation. I give you Guantanamera.

The three most famous verses of Guantanamera, the definitive patriotic song of Cuba, are surprisingly distinct in tone. The first is autobiographical, setting the scene and introducing the protagonist; from here, a lesson on narrative technique and another on world geography could ensue. 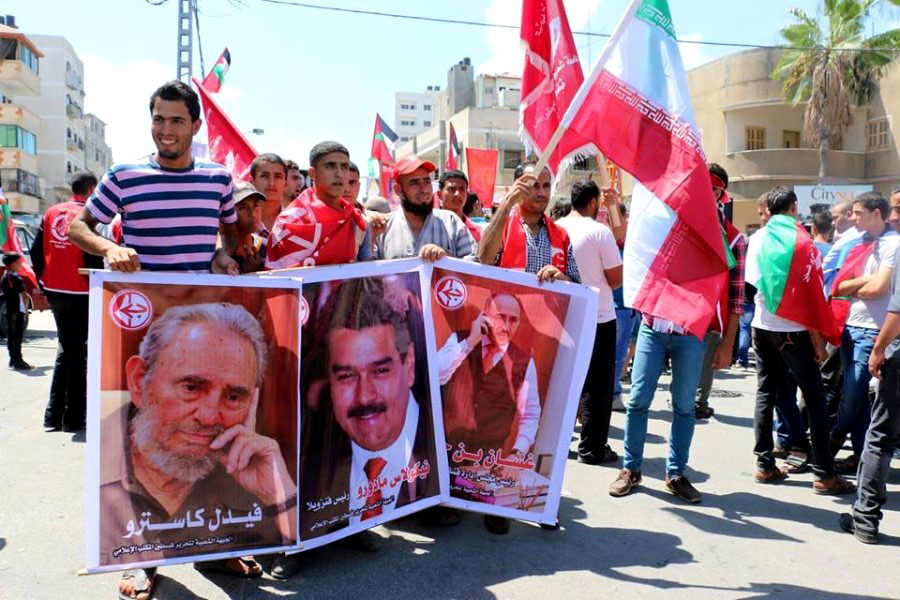 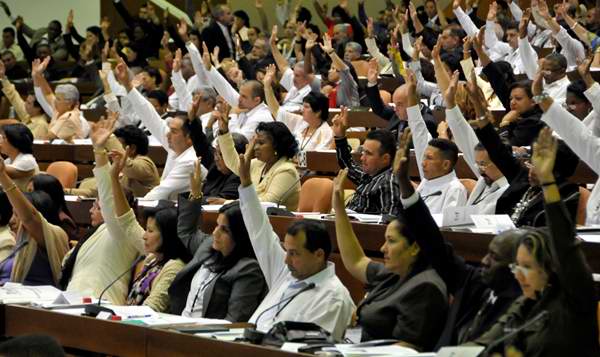 The U.S. Agency for International Development (USAID) has been allegedly using some of its programs to try and subvert social order in Cuba.

According to an AP story on Sunday, USAID was sending youth to Cuba behind the facade of humanitarian aid to try and created political change on the Caribbean island.

The Threat of Good Example 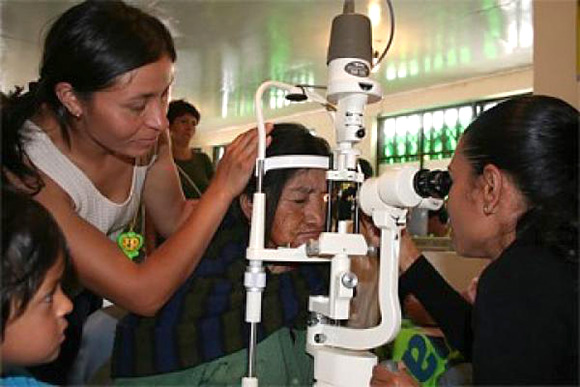 In Cuba recently press conferences and new reports celebrated the ten-year anniversary of Operation Miracle, known also as “Mision Miracle,” which occurred on July 8. This internationalized project aimed at restoring vision on a massive scale took shape within the context of ALBA, the Bolivarian Alliance for the Peoples of Our America.

Director General of the World Health Organization (WHO), Margaret Chan, expressed her great satisfaction with Cuba’s many achievements in the sphere of health, after inaugurating - together with President Raúl Castro - the new Centre of State Control of Medicines, Medical Equipment and Devices (Cecmed); and the National Coordinating Centre of Clinical Trails (Cencec), headquarters. 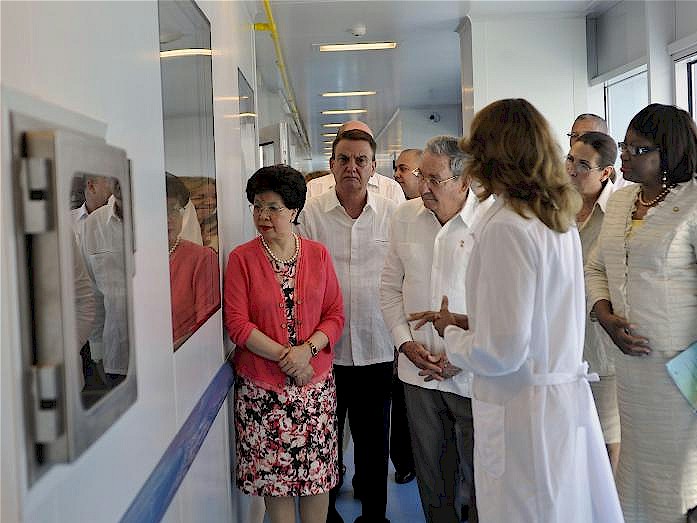 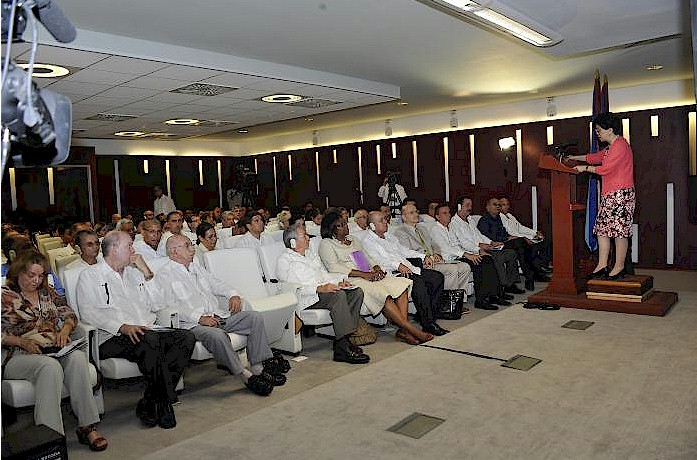 Chan emphasized the importance of combining, under one roof, areas of work essential to scientific development. “Cuba is the only country I have seen which has a healthcare system closely linked to closed-loop research and development. This is the right direction to be moving in, because human health can not improve without innovation,” she highlighted.

She praised Cuban scientists, describing them as dedicated people who have achieved astonishing results within a difficult context given the economic, financial and commercial blockade (imposed by the United States for over 50 years) which Cuba suffers from.

"I keep a special place in my heart for Cuba and recognize the efforts of the Cuban government to establish health as an essential pillar of development,” stated Chan.

U.S. Stupidity and Cowardice in Continuing to Designate Cuba as a “State Sponsor of Terrorism” 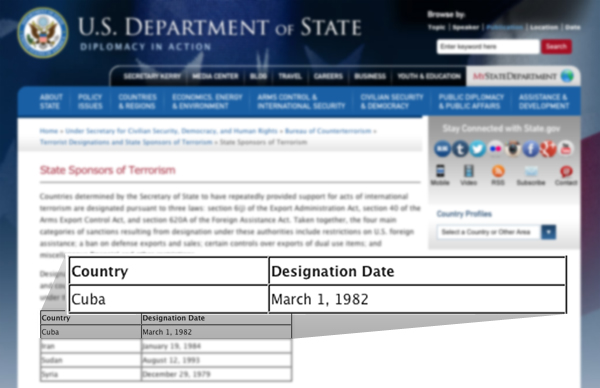 On April 30, 2014, the U.S. Department of State issued its annual report on terrorism in the world: Country Reports on Terrorism 2013. A prior post reviewed the report as a whole.

We now examine this report’s designation of Cuba as a “State Sponsor of Terrorism” [“SST”], i.e., as a country that has “repeatedly provided support for acts of international terrorism.” This post’s analysis is also informed by the U.S.’s similar designations of Cuba in the annual reports on terrorism for 1996 through 2012. Earlier posts analyzed and criticized the reports about Cuba for 2009, 2010, 2011 and 2012.