And what about Washington’s terrorists in Miami? 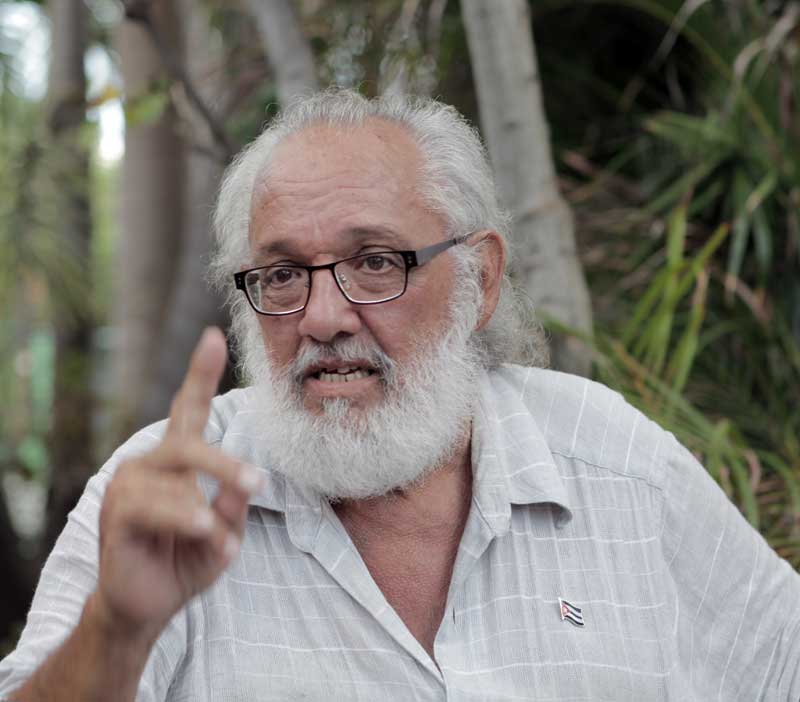 By Andrés Gómez*/Foto Virgilio Ponce -Cubanos en UK-Martianos-Hermes-Cubainformación.- Everything seems to indicate that once Cuba is removed from the U.S. List of States Sponsors of Terrorism at the end of May — given the prohibitions imposed on the countries on that List— a major stumbling block to the reestablishment of diplomatic relations between Washington and Havana will be overcome.

Another major obstacle that impedes the reestablishment of those relations is the reluctance of the U.S. government — once relations are reestablished — for its diplomats in Cuba to adhere to the functions permitted to any diplomat accredited in a given country, according to the regulations established in the Vienna Convention on Diplomatic Relations of 1961, the international treaty regulating such functions to which both countries are signatories.

With the renewal of diplomatic relations will then begin a long, controversial and harsh negotiating process between both governments, towards achieving the long-awaited normalization of relations between both nations, between both peoples.

Long, controversial and harsh, to put it mildly, it will be if the United States government maintains the announced objectives of its new policy towards Cuba. According to Roberta Jacobson, Assistant United States Secretary of State, presently the highest-level official in charge of these issues: “My country is changing its tactics or the form of implementing its policy, but it has not abandoned its goals.”

What process of normalization of relations is possible between both countries if this is the supposed new U.S. policy towards Cuba?

What can Cuba give the United States, for it to bring to trial the Cuban extreme right wing terrorists living in the United States who are responsible for countless and odious crimes, who are the executioners of this policy of State Terrorism?

What can the Cuban people give to the United States government so that it ends the policy of permanent aggression against Cuba that Washington has maintained since the revolutionary triumph in 1959?

What can the Cuban people give the United States government in such a negotiating process, if not its sovereignty, its right to self-determination, its independence, its socialist revolution, all its rights and freedoms, its exceptional gains, its enormous sacrifices, its spilled blood and its dead of more than 56 years of aggression?

Is this the negotiating process that the government of the United States is offering the Cuban people to achieve a normalization of relations between both countries?

The only thing that the U.S. government can sensibly do to really normalize relations between both peoples is to unilaterally and unconditionally dismantle all the framework of war that it has had in place for the last 56 years against the Cuban people; all the structure that has constituted its policy of permanent aggression against the freedoms and rights of the Cuban people, against the inalienable right of Cubans to live and develop in peace.

But now, how is the U.S. government — in this process of normalization of relations between both countries — not just terminate and condemn its policy of State Terrorism against the Cuban people, but rather, how will it bring to justice those terrorists of Cuban extreme right wing organizations before the courts and try them for their crimes? These are indispensable decisions that have to be achieved for the normalization of relations between both countries be attained. It will not be easy for Washington to achieve justice as the victims, their relatives and the rest of the Cuban people demand.

How many victims of that policy of terrorism have there been in Cuba? According to official figures there have been 3,478 people killed and 2,099 maimed. Given the horror that has resulted from the imperial policies of aggression and war against other peoples around the world in the last decades, perhaps the number of Cubans killed and maimed as a result of those years of a sustained terrorist campaign doesn’t seem to be so terrible…

Fidel knew how to place it in the proper context in a memorable speech on October 6, 2001, on remembering the 73 victims of the infamous attack, perpetrated by those same beasts, against a civilian airliner of Cubana de Aviación, on October 6, 1976.

Fidel explained: Comparing the population of Cuba [on October 6, 1976) with that of the United States last September 11, it is as if 7 U.S. planes, each one with 300 passengers onboard, had been downed the same day, at the same time,… And if we estimate the same proportion of the populations, the 3,478 Cuban lives lost due to those terrorist actions that originated in the United States, it would be as if 88,434 people had been assassinated in the United States from terrorist activities, the equivalent of the number of U.S. soldiers who died in the wars of Korea and Vietnam.”

Endless has been the experience and terrible the result of the U.S. State Terrorist policy against the Cuban people. And, obvious differences aside, it has also been hard for us Cubans who for decades have defended the rights of Cuba in the same places where those monsters live and thrive.

Last April 28 marked 36 years since the assassination of our comrade, member of the National Committee of the Antonio Maceo Brigade (Brigada Antonio Maceo), Carlos Muñiz Varela, in San Juan, Puerto Rico. His assassins, all Cuban extreme rightwingers residing in Miami and Puerto Rico, have still not been brought to justice before the courts. The federal authorities in charge, mainly the FBI, are to blame for the fact that justice has not been achieved. They refuse to reveal the proofs in their possession that prove the guilt of the murderers.

But in Puerto Rico the family members and comrades of Carlos, Cubans and Puerto Ricans alike, led by his son, Carlos Muñiz Pérez — today older than his father was in 1979 when he was assassinated at 26 years of age — and our comrade Raúl Álzaga, have not ceased in their efforts to achieve justice for him and for Santiago Mari Pesquera, a young Puerto Rican independence fighter.

So then, what of Washington’s terrorists in Miami, Puerto Rico and other places, the ones who’ve carried out the U.S. policy of State Terrorism that has cost the Cuban people so much blood and suffering all these long decades?

In these times of change those terrorists ought to feel very vulnerable. The bosses who have protected them, if still alive, are very old and without the power they once enjoyed. The assassins know that many, many, things are changing. As Roberta Jacobson maintains, her government has not abandoned the objectives of its policy with respect to Cuba, but has changed its tactics, the form of implementing its policy… Now anything is possible.

Those terrorists, lackeys of the worst of imperialism, know that imperial powers throughout history, the United States in particular, have shown that they don´t have friends; what they have always shown is that they only have interests. Self interests.

Do these terrorists realize that maybe their days are truly numbered?

*Andrés Gómez, Cuban journalist living in the US, director of Areítodigital.

These texts may be freely reproduced whenever non-commercial purposes and cite the source.