The US blockade and Raul’s visit to France 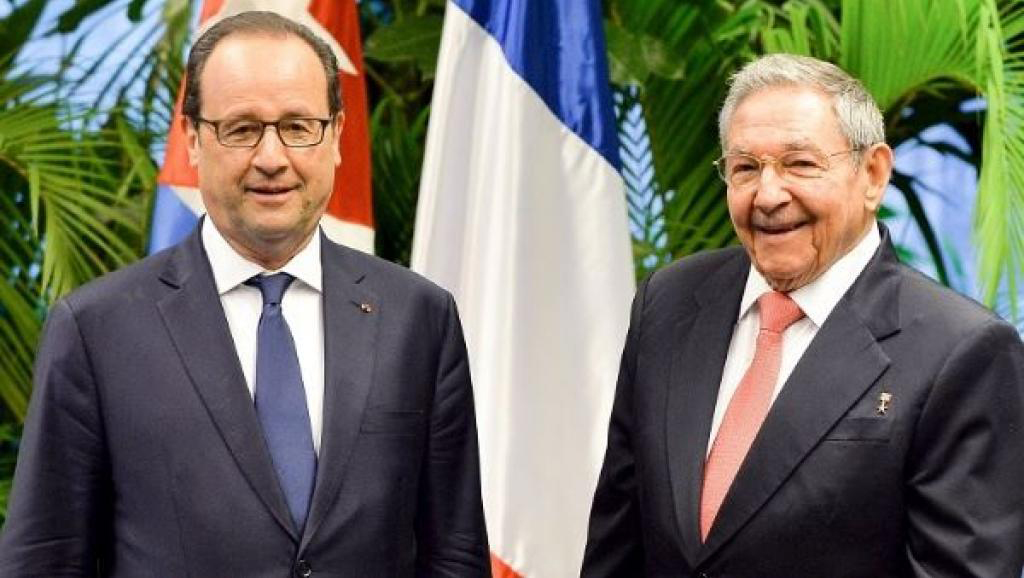 From 31st January and 2nd February, Cuban President Raul Castro will make an official visit to France, where he will meet with the President of that country, Françoise Hollande. Last May, Hollande became the first French President to visit Cuba. In addition to meeting with his counterpart, he called for an end to the US blockade against Cuba. The blockade continues.

Many Cubans are tired of hearing about the blockade, especially because most of them have lived their entire lives under its impact. The Cuban government has repeatedly tried to explain the difficulties it confronts on a daily basis. Although it appears simple, there are still those who don’t want to understand the magnitude of the problem.

I have personally campaigned against the US blockade and thought that it would be difficult for anything related with this theme to surprise me. That was not the case, however, and I have written a short summary below of a recent experience that occurred when I tried to send a small sum of money to Cuba via the British bank HSBC.

Conversation with various workers in HSBC bank (HSBC) and me (ME):

(ME): Good morning. I would like to transfer money to Cuba. Can you help me?

(HSBC 1): One moment, let me check. I believe that you can’t send money to Cuba.

One minute later another bank employee came to tell me that they could not send money to Cuba because the country is ‘sanctioned’.

(ME): Sanctioned by whom? Britain?

(HSBC 2): No! I only know that Cuba is a sanctioned country and that is why we can’t send money to Cuba. If you want to know more, you will have to speak to one of our superiors.

Another employee of higher rank gave me the same explanation, but told me that she was going to check what she could do for me.

(HSBC 3): Who is the money for? Where are the beneficiary’s details? Why are you sending money? How much is it? Do you have British citizenship? Any other citizenship? Have you been in Cuba? Do you have properties, or bank accounts in other banks?

(ME): All these questions just to tell me whether or not I can send money to Cuba?

(HSBC 3): Whether it’s possible or not, we have to check this information according to laws designed to stop money laundering. The sanctions are not only imposed by the US but also the European Union… Wait here a few minutes.

When the employee returned she said that my request to send money has to be passed by a ‘department’, who will take a decision.

(ME): This is not what you and your colleagues told me a few minutes ago.

(HSBC 3): Sorry, I will have to speak to them so that doesn’t happen again.

I have to say that all of the HSBC employees were amiable and it is difficult for them to understand the process. A few days later, I received an email saying that my request had been accepted and I could make an appointment in the bank to send money to my family. On my return to the bank, sitting with another bank employee, who was filling in various details on the computer for the transfer, I asked:

(ME): Do I have to go through the same process every time I want to make a transfer?

(HSBC 4): Yes. Unfortunately so, but it should be quicker. We have this mechanism for Cuba because of the sanctions imposed by the United States.

(ME):  But we aren’t in the United States, I replied smiling. What is the criteria used to decide?

(HSBC 4): We have to follow US rules. We don’t even know what they are looking for.

In other words, the British banking system, like most of the globalised world, is subject to US regulations and those of the US blockade. If you have to go through a bureaucratic labyrinth of uncertainty just to send a small amount of money to Cuba, what kind of reticence should we expect from any businessperson interested in investing in Cuba?

This experience is just a drop in the ocean, amid the much more complex difficulties that a small country like Cuba and its people have to face. The survival of the Cuban system is really remarkable given that we have such powerful enemies with the ability to destroy any nation, politically and economically, in addition to its military might.

In 2014, the French bank BNP Paribas, one of the largest banks in Europe, agreed to pay a ‘mega-fine’ of nearly $9 billion to the US for violating US sanctions on Cuba, Sudan and Iran. The following year, the French bank Crédit Agricole was fined $787.3 million for the same ‘violations’. No wonder the French President has spoken out against the US blockade of Cuba. Before that, in 2012, HSBC agreed to pay $875 million for violating US sanctions. No wonder it is difficult to transfer money to Cuba with HSBC. This reality is incompatible with President Obama declaration about his intention to ‘normalise’ relations with Cuba.

As usual, any breakthrough in the improvement of relations between the EU, or the US, and Cuba is boycotted by anti-Cuban elements. Ex-Cuban intelligence officer, Percy Alvarado, who infiltrated the right-wing terrorist groups in Miami in the 1990s, warns that the counterrevolutionaries are preparing a campaign to tarnish Raul Castro's visit to France. Percy mention no names. There is no need to; it is a story that repeats itself time and again. He writes:

‘At the fore of his hysterical anger is the undisguised concern at the increasing EU investment in Cuba and progress in the on going talks to reach an agreement on political dialogue and cooperation, especially after both parties announced that they expect, in September of this year, to conclude the negotiations and subsequently leave behind the so-called European ‘Common Position’ towards Cuba.’

The blockade affects everyone - not only Cubans living inside and outside of Cuba. These sanctions have an extraterritorial character that impacts all countries. The blockade will not end if we do not denounce and combat it.