Media coverage in the UK. Ignorance or outright lies? 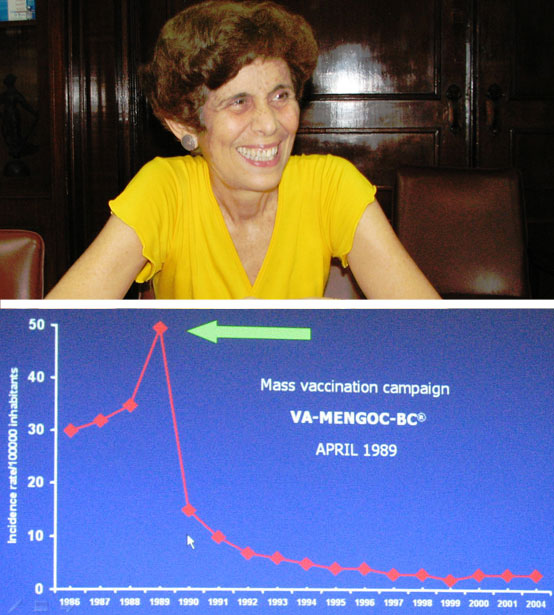 What motivates the following is a piece of news that hit the UK airwaves regarding the Meningitis B vaccine, due to be applied soon to all babies in the UK. In the middle of a highly contested electoral campaign, the Conservative British Health Secretary Jeremy Hunt announced and in big headlines, the BBC echoed without scrutiny, that the UK will be the first country to give all babies the free meningitis B jab. This claim is at best a misinformed statement, if not an outright lie.

The British public is used to being swamped by all types of media; from the daily newspapers, TV and increasingly all sorts of online content. All of them, in different ways, influence the perception of reality and truth, justice and fairness, with a direct impact in the audience.They are party, judge and jury. Anchors participate in debates as members of "another party", or supporting a party's agenda, mainly of that in power. The role of news reporter has long gone. Many tend to be participants, not conduits. This is how they often engage in dubious campaigns using all the tools at their disposal against a party, group or individuals.

When it comes to international issues, this behaviour is even more noticeable. Mostly international actors are not represented in the debate. The domestic media becomes judge and jury, while the targeted party is in a biased scrutiny. Half truths or outright lies are presented, words and statements are misrepresented or poorly translated into English. Other views of world events which are not consistent with the official agenda are silenced or demonised, or made less important than the editorial or official views adopted.

The bogus claim of the UK being the first introducing a free vaccine against Meningitis B can be a consequence of ignorance, or worse. By turning a blind eye to the undeniable advances of Cuba and other countries in different domains, the media try to establish as a fact that only some "First World Countries" have the will, the know-how, the expertise (or the money) to make important contributions to humanity. Even if this blindness costs lives.

As a matter of fact, the first national vaccination campaign against meningitis B took place in Cuba, from 1987 until 1989. More than two and a half decades ago! This is the undeniable truth.
In Cuba, in the eighties , meningitis was produced by a bacterium called Neisseria meningitidis, and outbreaks reached 160 cases per 100,000 population, affecting tenfold the population of children under 6 years. Cuban scientists exposed themselves to serious risks working with live bacteria, with the sole desire to eliminate this dreaded disease in Cuba's population. A combination of the efforts of the national health system (Cuban Ministry of Public Health, MINSAP) , the progress of science and technology in the country and the willingness of the government to channel those efforts, culminated in success.

Thus in 1987 a group of Cuban scientists led by Concepción Campa Huerga, in the Finlay Institute; in collaboration with other institutions in the Cuban Scientific Complex, would fulfill their dream of producing for the first time ever, the anti-meningococcal vaccine sero-group B: VA-MENGOC-BC.
The optimization of efforts and resources made possible this important development. The vaccine was safe for use in humans, with internationally recognized quality and therefore approved for use in vaccination programs amongst children at risk in the island.

For this achievement, in 1989 the WIPO (World Intellectual Property Organization) awarded Concepción Campa Huerga Gold Medal for his contribution to science and humanity by producing the first vaccine in the world against meningococcal disease caused by sero-gruppo B (1). Already in 2009 more than 55 million doses of this vaccine had been administered in Latin America, especially in countries where there had been outbreaks and (including) Uruguay, Brazil and Colombia.

Cuban national hero Jose Marti said and I quote: "Liberty is the right of every man to be honest, to think and to speak without hypocrisy."