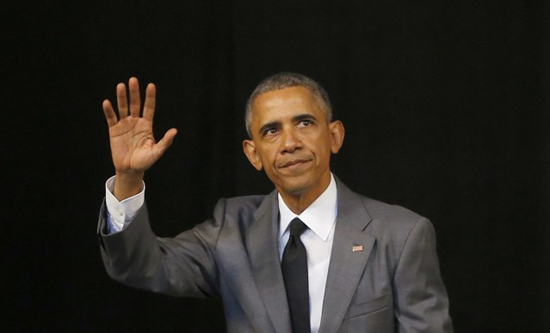 “U.S. government hypocrisy has grown so pervasive over the last decades that it provokes yawns and glazed looks.”

I want to send you this letter for two reasons.

First, because here in Cuba, New Mexico me and my family voted for you. We all are in favor of a change we can believe in. And we need it!

Second, because me, my family and neighbors were happy, impressed and a little surprised to learn that despite all the school closings in Chicago and the over 50,000 homeless people living in the streets of New York you thought of us, Cuba residents and American citizens.

We were amazed when we learned that you said, “Cuba’s future must be freely determined by the Cuban people. Sadly, that has not been the case for decades, and it is not the case today. The people of Cuba deserve the same rights, freedoms and opportunities as anyone else. And so the United States is going to continue supporting the basic rights of the Cuban people.”  And we say AMEN!

We could not have said it any better. You cannot believe how many times our political/voting rights have been violated and our ballots lost. Imagine we are asked to vote only on where the speed traps that finance our small towns us should be! Yes, we want our rights, freedom  and opportunities.

We got together with a lot of our friends – here in Cuba everyone knows everyone else – and we have decided to send you this formal letter to let you know that we want to be considered for the USAID CUBA Program. We understand that the money is over $50 million. We know that there are other towns called Cuba in Alabama, Missouri, New York, Wisconsin, Minnesota, Illinois and Kansas. But we are the FIRST to apply.

We understand that your department of state has a County Report  on the violation of our rights, but our state officials claim they have no such document. Please send us one.

We are excited that there is money for democracy promotion in our county too. We cannot run for elections because we cannot afford campaigning. And also, politicians in New Mexico don’t get paid except when they go to Santa Fe which is only about six weeks out of the year. So, they have to do favors to their friends to get kickbacks; but you sending us money so that we can really build and practice democracy is wonderful.

Someone called us and said that there is even some money for newspapers, internet connection and the “free flow of information.” Let me tell you, that will be welcomed here too. The Albuquerque radio stations seldom say anything about us, and the papers do the same. And we cannot afford our own radio station or weekly reader because our literacy is no good.

We know that there are other places around the country that also call themselves Cuba; but we are really deserving of your aid. Why? Because we have sent a lot of our kids to every war you in DC have declared. We did so even before we were state. When America went to war with  Spain, in1898 we were there! That is why Cuba the island is called that. Your heard of the  Rough Riders? Those were our great grandparents; we still save their regimen recruitment call “to be composed exclusively of frontiersmen possessing exclusive qualifications as horsemen and marksmen.” McKinley went to war down south. We named one of our counties with his name. Teddy Roosevelt led us, and we named another county after him as well. And do you know that the first military governor of New Mexico was Colonel Leonard Wood [from the first New Mexico Volunteer cavalry]? And what we got since? Poverty:49% in 2009 [23.5 % for the state]. Do you realize that residents with incomes below 50% of the poverty level account for 17% of us Cubans in NM! Not even the black residents in Washington, DC has that! Oh, we have a significant share of Indians [My grandson tells me I should write native Americans]. OK, you know the figure? 54% of us live below the poverty line.  Yes sir!

We need some of that money for some schools and teachers. Do you know that our illiteracy is very high, but even when we manage to go to school and graduate from high school you know how many of our HS graduate are unemployed? Sixty percent Mr. President.! And do you know our poverty rate if we don’t have a high school diploma? 77.4%.

We are so glad you are no longer doing what all those rotten politicians were doing up to now – spending our money in foreign aid abroad.

And don’t believe when you read that the United Nations says that Cubans have a 100% literacy and that we have more university graduates than any other county anywhere, or that we have won every major math competition with high school students from Latin America. We don’t compete in those things. We are in such bad shape that just a few days ago our fire chief lost his own home to a fire. [2] Maybe with your help we can escape gambling, welfare,  dependency and early death.

We are so glad that finally someone in the US government is paying attention to OUR OWN REAL CUBA!

Nelson P Valdés is Emeritus Professor of Sociology and director of the Cuba-L Direct and of ZunZum Project, Inc.