The United States’ interest in the Cuban market 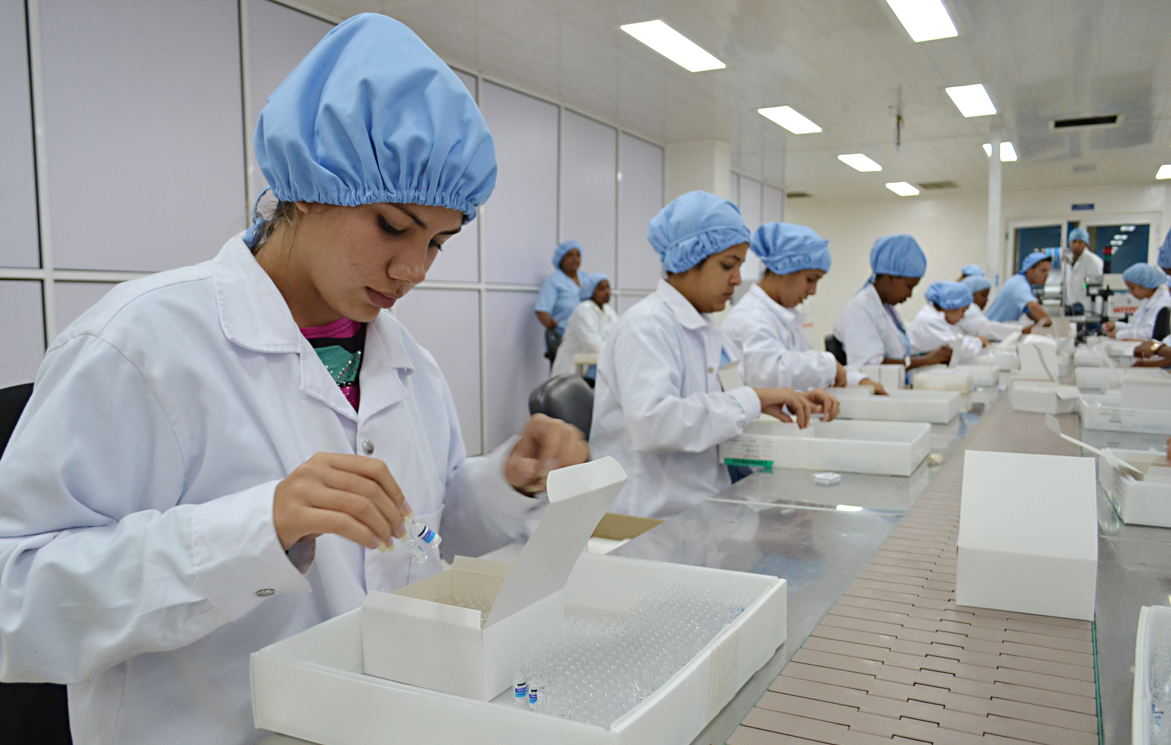 HAVANA — Cuba is not China; that, we all know. What’s to explain, then, the unusual interest of U.S. companies in the Cuban market?

A U.S. producer of grain gave me an answer years ago: “It’s the only country in the world that delivers the daily bread to 11 million people.” Nevertheless, as true as this assertion is, it’s insufficient to explain what goes on. The matter is a lot more complex.

In a world where the development of commerce depended in good measure on the military domination of territories, the United States — during the first century of its existence — tried to expand within its own land borders. Attempting it beyond the seas was barred to the U.S. by the scant development of its naval force.

Cuba was the exception. As early as 1802, Thomas Jefferson included the island within the expansionist project but, lacking a military power strong enough to achieve it, he affirmed that the way was through the control of commerce.

The Cuban market was a priority for the development of the U.S. for three reasons: its economic potential, its geographic location and the way it complemented the U.S. economy. Despite the elapsed decades and the major changes that have occurred worldwide, these conditions still apply.

A good many of the purposes of the United States materialized under Spanish colonialism and became a solid fact with the establishment of the neocolonial regime in Cuba in 1902. The Cuban Revolution sharply altered this state of dependence, but regaining the Cuban market continued to be one of the pillars of U.S. policy toward Cuba. Improper efforts were made to that effect, until Obama admitted failure and changed the methods to achieve Washington’s ends.

The relative importance of Cuba’s economic potential for U.S. investors has diminished noticeable in comparison with the 19th Century, when Cuba was the world’s main producer of sugar. But this phenomenon was already noticeable in the first quarter of the 20th Century, when the sugar market’s global importance declined and U.S. capital began to look for more profitable investments inside and outside Cuba.

Even so, it was not an unworthy market for some U.S. business sectors, and the same occurs at present, because “access” determines high levels of competition and a better yield from investments. On the other hand, Cuba remains the largest potential market in the Antilles.

To many U.S. companies, trade with Cuba is part of their natural market, which implies that, in practical terms, the existing infrastructure serves as well to sell or buy in Cuba as anywhere else in the U.S. itself.

Because the island has not moved, its geographic importance for the U.S. remains in force. It’s not a question of its military importance, as in the past. Though some insist on the need to hold on to the Guantanamo Naval Base for those purposes, the reality is that modern war does not require “coal refueling ports.”

However, Cuba holds a strategic importance for U.S. trade in the Atlantic and the possibility to utilize installations like the Port of Mariel could add to the yield of the value chains that today characterize the world market, as some economists have stressed.

Add to this the potential of tourism, with its implications for other sectors of the U.S. economy; the exploration for oil in the surrounding seas; Cuba’s need to modernize its technological park and infrastructure, as well as the great volume of imports required by the national consumption, and the social service networks. Clearly, all this requires money, but, under normal conditions, that is solved by direct investment and credit, as happens worldwide.

These opportunities justify the opinion that the “complementariness” of the Cuban and U.S. economies persists, but there remain other components that may be even more important.

Among the strategic lines of the United States is the development of the so-called “industry of knowledge” intended to maintain the supremacy of U.S. companies in this sphere, which constitutes one of the bases for its worldwide hegemony.

The limits to this development are imposed by the available human capital. Therefore, the insistence of certain sectors, including President Obama, on the need to improve the country’s levels of education. At this time, this deficit is partly resolved by the so-called “brain theft” and the United States’ immigration policy is broad enough to facilitate such poaching, saving the costs involved in the training of the targeted individuals.

Once a foreign scientist has settled in the U.S., he is worth the same as an American, which explains that 20 percent of the investments by the U.S. transnationals devoted to research and development of new technologies are made abroad, even in competing countries such as China and India.

From my point of view, the greatest interest of U.S. companies in Cuba lies in taking advantage of the human capital that exists here, so it can be chained at the least possible cost to productions of high added-value in an environment of political and social stability that can scarcely be found anywhere else.

The areas of opportunity in this sense are very broad, due to the training of Cubans in strategic pursuits, such as information technology, communications, biotechnology, pharmaceuticals and the development of renewable energies, among others.

This logic runs counter to the theory of promoting a change of regime in Cuba. Not because of the ethical virtues of U.S. transnationals, often the promoters of devastating wars to serve their interests, but because it is simply not convenient to subvert a regime that produces the human capital that they need and can use under the best conditions. At least, this should be the criteria of the most intelligent planners.

It also runs counter to the present migratory policy of the United States toward Cuba, inasmuch as what’s convenient for these companies is not for the Cuban professionals to emigrate but to utilize them in Cuba, to keep production costs down. On the other hand, it could be beneficial for Cuba, to the degree that it would increase the chances of work for those people and would improve their living conditions, reducing the emigration trends that Cuban society now faces.

So, what has changed regarding the past are not the conditions that explain the interest in the Cuban market, but the rules under which those historical conditions can materialize.

In the first place, because — due to the blockade — the ban on U.S. companies investing or trading with Cuba still persists. The few authorizations recently adopted are vitiated by procedures and limitations that prevent their normal execution, as happens in other countries. Add to this the uncertainty generated by the stability of this policy amid the polarization and dysfunction that exists in the U.S. body politic.

In second place, because the Cuban market is not “normal” for the usual practices of U.S. companies worldwide. The U.S. government is not in a position to impose preferences and conditions, as happens elsewhere, but will have to bring its interests in line with those of Cuba and function as an equal with its competitors.

To the guidelines that rule foreign investment in general — which some criticize as excessively slow and bureaucratic, especially in the case of U.S. companies — should be added the interest in not generating new sources of dependence that would limit Cuba’s sovereignty. Add to this the mistrust created by the historical conflict between the two countries and the mistrust provoked by the declared intentions of the objectives of the new U.S. policy toward Cuba.

We are, therefore, in a phase of studies and tests, with many barriers to overcome, which explains the difficulties that exist in doing business, despite the outspoken interest from both parties.