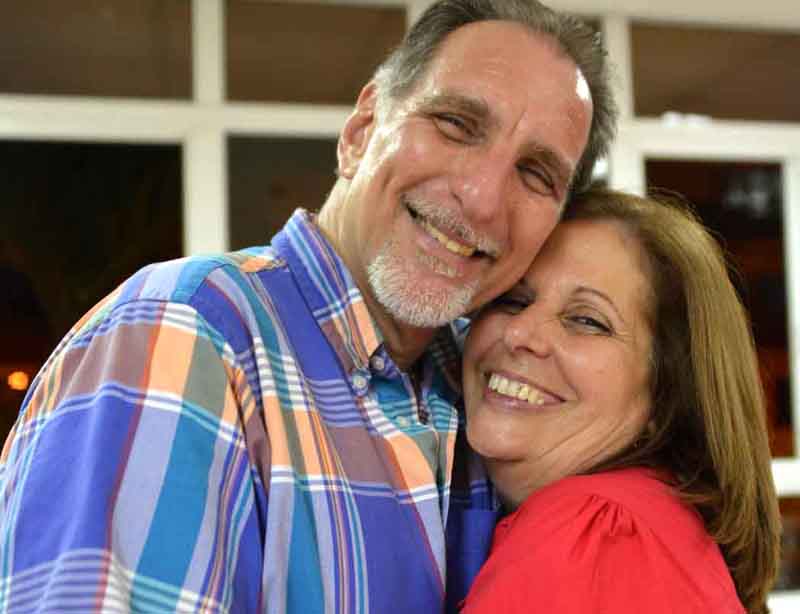 René González, the first and only member of the Miami Five to have been released after completing his 15 year sentence in the United States, has announced that he will come to London to give evidence to an International Commission of Inquiry on 7 and 8 March 2014.

The Miami Five are five Cuban men who were jailed in the US in 1998 for attempting to prevent terrorist attacks against the Caribbean island.

René will be joined in London by family members of the Five, victims of terrorism against Cuba, lawyers, politicians and campaigners from Cuba and across the world, including Alice Walker, Pulitzer Prize winning author of the Color Purple.

The Commission will hear testimony from around 20 key witnesses, including US defence attorney Martin Garbus, representatives from international human rights organisation Amnesty International, and from Miami Five family members such as wives of the Five, Olga Salanueva and Elizabeth Palmeiro.

The Commission will be presided over by distinguished international jurists, including former Chief Justice of India Yogesh Kumar Sabharwal, former Justice of the Constitutional Court of South Africa Zakeria Mohammed Yacoob, and Philippe Texier, the former Chair of the Supreme Court of France.

There will be testimony from specialists on the range of measures taken to defend Cuba against the threat of terrorist attacks, as well as testimony from
Cuban and international victims of US-based terrorism.

In his New Year message René González urged support for the International Commission of Inquiry and said:

“When we were imprisoned 15 years ago, our captors never imagined that from all corners of the world people like you would take up our cause. Instead of suffering defeat we have become stronger. During this time we have suffered hardships and lost people close to us. But our spirits never broke, because we knew we could count on people from all over the world like you. Your solidarity and sense of justice has kept us and our families strong.”

“The International Commission is set to be one of the most important events in the long history of this case. Its staging in London, attended and endorsed by so many important personalities from across the world, means the Commission’s deliberations and its findings will have an important impact on the US administration and President Obama, who has the ability to end this injustice immediately.”

The International Commission is the major event of the campaigning organisation Voices for the Five, which has brought together hundreds of international celebrities, including John Le Carré, Emma Thompson, Danny Glover, Lord Rowan Williams, Martin Sheen, Noam Chomsky, Günter Grass, Peter Capaldi and Dame Vivienne Westwood. They have been joined by thousands who have posted messages of support to the campaigning website.

A number of associated events will also take place, including a major international concert at the Barbican Hall in London featuring acclaimed Cuban musician and star of the Buena Vista Social Club Eliades Ochoa and his group Cuarteto Patria, alongside other international performers and guests, as well as screenings and exhibitions.

1. The two day International Commission of Inquiry into the Case of the Miami Five will take place on 7 and 8 March 2014, at the Law Society, 113 Chancery Lane, London WC2A 1PL.

2. www.voicesforthefive.com brings together supporters from the arts, media, legal groups, NGO and campaigning organisations calling for justice and freedom for the Miami Five, also known as the Cuban Five – five Cubans arrested in the United States in 1998 while attempting to prevent terrorist attacks against the Cuban people by groups based in the USA. Human rights and legal groups have raised questions about the fairness of the trial and Amnesty International has condemned the treatment of the Five as “contrary both to the standards for the humane treatment of prisoners and to a state’s obligation to protect family life”.

3. A full list of endorsers and video messages from international supporters can be found at www.voicesforthefive.com. The website calls on people across the globe to sign up online with messages, photos and videos to add their support to the hundreds of international figures already involved.

4. Public seats are available for each day (£10 per day) of the Commission and demand is expected to be high. To buy tickets go to www.voicesforthefive.com

5. The Miami Five are Gerardo Hernandez, Ramón Labañino, Fernando González, Antonio Guerrero and René González – five Cuban men arrested in Miami in 1998 while attempting to stop terrorist attacks against the Cuban people. They were arrested in Miami in September 1998, where they were illegally held in solitary confinement for 17 months and charged with conspiracy to commit espionage. An unfair trial resulted in terms of between 15 years and double life.

“I am delighted to endorse the Inquiry into the case of the Miami Five to be held in London next March. It will serve as an expression of truth and conscience by the people for the people. Politicians cannot be trusted to undertake such an exercise.”

Martin Sheen, renowned US actor, says:
“I have supported the Cuban Five’s quest for freedom for several years now, and I will continue to do so... for the simple fact that the Five were on a mission to save lives. They only had their eyes and ears to monitor extremist organisations and thwart their plots…..President Obama, US Attorney General Eric Holder, I appeal to you, the Cuban Five must have a new day in court or be freed immediately. We must hold high the fundamental and cherished right to a trial free from bias.”

“UNISON has been part of the movement for 15 years to get justice for the Cuban Five who were wrongly imprisoned all those years ago. We are also part of the International Commission of Inquiry which will be looking into this case. We will not rest until we win full support for the Cuban Five.”

Buy your tickets for the Commission here

To add your voice to the campaign click here