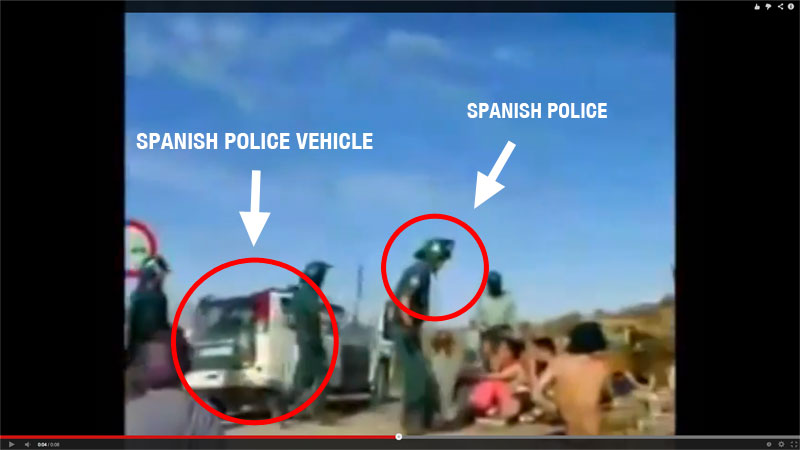 UN Watch has been caught manipulating video footage in a propaganda video it produced with the aim of getting Cuba and three other countries kicked out of the United Nations Human Rights Council. The UN Watch produced a campaign video which included footage supposedly of Cuban police beating peaceful protestors. One of the most alarming clips was in fact taken from footage of Spanish police beating a group of unarmed Spanish youth sitting on the floor.

The manipulation was denounced on the blog La Santa Mambisa, and the website Cubanos en UK located the source of the original footage of the incident in Spain. Click here for more details.

The video was launched at a lavish event by UN Watch during the VI Summit for Human Rights and Democracy held in the International Conference Centre of Geneva, Switzerland. It was also posted on the home page of the NGO’s website. However, within hours of a campaign of condemnation for this malicious manipulation via social media, UN Watch has edited out the false footage (see their original video here) (see their edited video here). There has been no public statement nor apology made, but the fact that that footage has now been removed is evidence that UN Watch were aware of the false allegation. Clearly, the NGO was driven to manipulate this footage because it lacks evidence of real human rights abuses on the island.

This tactic has been adopted widely in recent weeks in Venezuela, where the opposition has reposted video footage and photos from all around the world where real human rights abuses have occurred. The false propaganda has been picked up and circulated by the mass media, which makes no effort to verify the truth or falsity of this so-called ‘evidence’.

Had UN Watch really wanted to find evidence of human rights abuses in Cuba, they would have found it in the illegally-occupied US military base in Guantanamo where ‘enemy combatants’ have been held in inhuman conditions, tortured, force-fed and denied access to family and legal visits. Most of them have never been charged or appeared in a court of law. The US has carried out similar human rights abuses around the world.