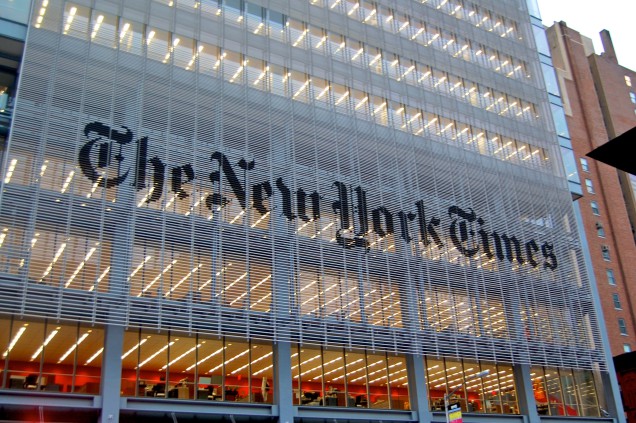 On Oct. 28, the U.N. General Assembly will once again debate the U.S. economic, commercial and financial blockade against Cuba. For 22 years, the U.N. has condemned the blockade; last year, the vote reached a record high of 188 countries for the resolution, and only two—the U.S. and its loyal ally Israel—against. Quite likely this year’s vote will have the same result.

Significantly, The New York Times, the most influential newspaper in the country, has chosen this time to call for an end to what it calls the embargo. Supporters of Cuba use the more accurate term “blockade” because of the worldwide effects of U.S. policy. The Times also calls for dropping Cuba’s designation as a “state sponsor of terrorism,” a particularly ironic label coming from the U.S. with its history of sponsoring terrorism against Cuba and many other countries. Finally, the Times calls for establishing full diplomatic relations with Cuba.

The Times, of course, isn’t concerned with the welfare of the Cuban people or simple justice, but with the interests of the United States’ ruling class. The Seventh Summit of the Americas will be held next April in Panama, and Latin American governments have already insisted that it won’t take place without the presence of Cuba. This will be a major black eye for the United States unless it has softened its position on Cuba before then.

The Times, in common with Democratic Party opponents of U.S. policy on Cuba, also thinks that establishing diplomatic relations with Cuba and encouraging trade and tourism will hasten the downfall of Cuban socialism. If that were true, Cuba would hardly have spent the last 50 years calling for an end to the blockade. The Cuban people and supporters of the Cuban revolution have full confidence that these changes would, in fact, strengthen socialism in Cuba. It would also provide even more U.S. citizens the chance to see for ourselves the kind of society that we very much need to build in this country, one that makes human needs its top priority.

The Times notes that Cuba blames the blockade for its shortcomings, with the implication that this blame is simply an excuse for the alleged failings of Cuban socialism. The reality, however, as carefully documented by Cuba every year for the U.N. debate, is that the blockade has taken a huge toll on the Cuban economy and on the Cuban people. The most recent calculation places the cost of 54 years of the blockade at $1.1 trillion, a large sum even for a wealthy economy like the United States, and an enormous one for an economy the size of Cuba’s.

This is a good time to remember what this blockade is all about. Here’s what the U.S. government itself said (internally, not publicly!), back in 1960 during the Eisenhower administration, shortly after the Cuban revolution came to power:

“The majority of Cubans support Castro… the only foreseeable means of alienating internal support is through disenchantment and disaffection based on economic dissatisfaction and hardship… every possible means should be undertaken promptly to weaken the economic life of Cuba… a line of action which, while as adroit and inconspicuous as possible, makes the greatest inroads in denying money and supplies to Cuba, to decrease monetary and real wages, to bring about hunger, desperation and overthrow of government.”

To read these words is to come face to face with the venality of imperialism. What is this other than a call for the commission of genocide? Only the decades-long effort of the socialist Cuban government and great determination of the Cuban people has enabled them to thrive, and produce a system capable of saving lives, as they are doing in West Africa and many other places around the world at this very moment.

The U.S. goal of overthrowing the Cuban government remains very much in place. The blockade is one pillar of that policy—terrorism and subversion are the others.

The New York Times says that changes in U.S. policy could help to free Alan Gross, who was arrested and is imprisoned in Cuba for helping to implement those policies of subversion.

But the Times ignores Cuba’s repeated call for a humanitarian exchange between Gross and the three remaining members of the Cuban Five in U.S. prison. The Five are heroic men who came to the United States in the early 1990s and risked their lives to prevent terrorist attacks that were being carried out from Miami. Two have recently finished their prison terms, but the remaining three are now in their 17th year of unjust imprisonment; one has been deprived of visits from his wife during that entire time.

Whatever its motives, the Times is completely correct in its conclusion—President Obama needs to end the blockade, drop the “state terrorist” label, and establish diplomatic relations with Cuba. He also needs to foreswear acts of subversion against Cuba, free the Cuban Five, and send the terrorist Luis Posada Carriles to Venezuela to stand trial for his role in the terrorist murder of 73 people in the mid-air bombing of a Cuban airliner. Then a new era in U.S.-Cuba relations will really begin.