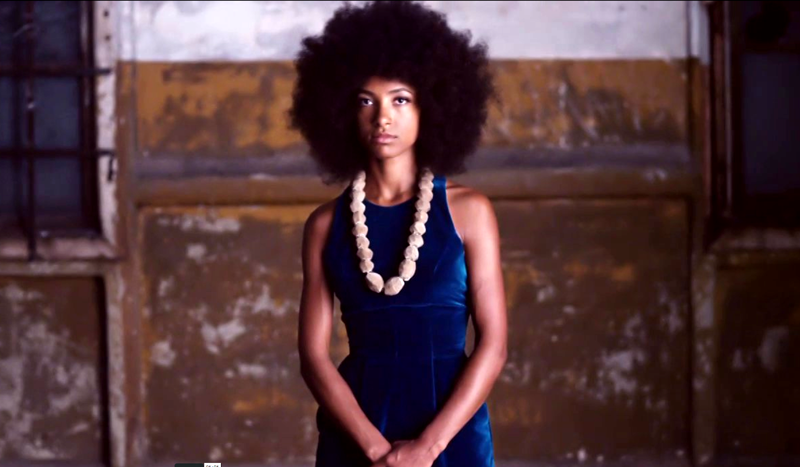 She says she grew increasingly motivated to take on the cause of closing Guantanamo as she learned more about the "human rights violations and, actually, the constitutional violations that this continued detention represents." But it was news of hunger strikes and force-feedings earlier this year that prompted her to action. "I just felt, I really want to do more, and if I can become a public champion for this, let me find a way to do it."

In the music video, Spalding joined up with artists Janelle Monae, Stevie Wonder and Harry Belafonte with a mission to let people know what is still happening at Guantanamo, and to say that everyone's voice is important in this debate. "We really do have the power as a people," she says. "Part of the message of the song is, 'This is not our America. We are America. I am America. Esperanza Spalding is America. And all the people in this video are America, and no, we don't condone this behavior, and we don't want it anymore."

She says that ultimately the song is celebratory. "It's not heavy. It's not sad. It's not angry," she says. "We're saying, 'Yes, let us celebrate this freedom that we have and make sure that our voices are heard that this is not the country that we believe in.'"